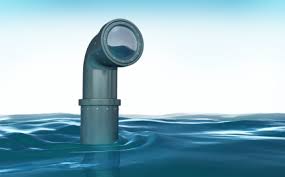 Bet you didn’t know that women were responsible for creating some of the most awesome things used today. Well I didn’t until I came across an article entitled “19 Things You Might Not Know Were Invented by Women” by Amanda Green. From alphabet blocks to signal flares to computers, here’s an excerpt below but tell me – how many of these items did you originally think were created by men? Leave me a comment 🙂

19 Things You Might Not Know Were Invented by Women

“Necessity isn’t the only mother of invention. Though it wasn’t always easy to get patents or the credit they deserved, women are responsible for many items we use today.

America got a brand new paper bag when cotton mill worker Margaret Knight invented a machine to make them with a flat square bottom in 1868. (Paper bags originally looked more like envelopes.) A man named Charles Annan saw her design and tried to patent the idea first. Knight filed a lawsuit and won the patent fair and square in 1871.

Lightweight, high-tensile Kevlar—five times stronger than steel—will take a bullet for you. DuPont chemist Stephanie Kwolek accidentally invented it while trying to perfect a lighter fiber for car tires and earned a patent in 1966.

3. THE FOOT-PEDAL TRASH CAN

Lillian Gilbreth improved existing inventions with small, but ingenious, tweaks. In the early 1900s, she designed the shelves inside refrigerator doors, made the can opener easier to use, and tidied up cleaning with a foot pedal trash can. Gilbreth is most famous for her pioneering work in efficiency management and ergonomics with husband Frank. Two of their 12 children, Frank Jr. and Ernestine Gilbreth, humorously wrote about their home/work collaborations in the book Cheaper by the Dozen.

Elizabeth Magie created The Landlord’s Game to spread the economic theory of Georgism—teaching players about the unfairness of land-grabbing, the disadvantages of renting, and the need for a single land value tax on owners. Fun stuff! Magie patented the board game in 1904 and self-published it in 1906. Nearly 30 years later, a man named Charles Darrow rejiggered the board design and message and sold it to Parker Brothers as Monopoly. The company bought Magie’s patent for the original game for $500 and no royalties.” Read more

Guess that’s why I firmly believe that women are truly phenomenal!

Barbadian mother and lover of laughter; story teller and best-selling author; happy to follow God's lead and to live my mantra: "you've gotta be a rainbow in the lives of others when it rains."

This site uses Akismet to reduce spam. Learn how your comment data is processed.

Mother, daughter, friend. Barbadian child of an awesome God. Lover of His word who lives moment by moment while writing to share lessons learnt on her life journey and giving hope to others - one day and one hug at a time.

Thanks for the love!

Follow Life is for Living Every Day on WordPress.com

Posts Viewed the Most

The world is my oyster

The latest news on WordPress.com and the WordPress community.

Tracey Knight-Lloyd is a marketer by trade, customer-centric with a passion and an austim advocate at heart!

News and stories that make you feel better after reading.

With Character, On Your Way To Leadership!

Speaking to you from the abundance of my heart

An Occasional Diary of Everyday Life and Travel in the U.K. and sometimes elsewhere

Apps for any screen

From Zero To Zen

Fun, unusual and forgotten designations on our calendar.

A daily selection of the best content published on WordPress, collected for you by humans who love to read.